If you think online reviews are not that important, then you would be sorely mistaken. In today’s business world, up to 90% of the consumers who are out there confess to first consulting them before making purchases. Their importance is even much more dramatic when it comes to local companies such as restaurants and bars. Search engines, including Google, use local reviews as one of the ranking for local searches. Considering their importance, it is, therefore, not really surprising that there are many fake online reviews floating around out there. This can be rather troubling, particularly from the point of view of the consumer. In general, people trust online reviews. However, this trust can get lost when confronted with these not so genuine reviews. So, why do people post fake online reviews?

What are fake reviews?

Fake reviews are simple enough to understand. They are those reviews that are posted online but people who have tried neither the product nor the service that they are writing.

There are a number of reasons why people and business may resort to the posting of fake online reviews.

For one thing, we have already mentioned that online reviews are important in today’s business world. They are and extension of the word-of-mouth phenomenon that has always been in existence and, therefore, account for large amounts of commerce that takes place. In simple terms, online reviews are worth money, and where there is money, there are some people who are inevitably going to try to game the system.

Carry out a search on Google and you will come across a wide range of sites that sell online reviews. If you are a business and you are tempted to buy from these people, then this is something that you should probably strive to stay away from.

Most of the online listing companies that are out there, including Yelp, frown upon fake reviews, and there is a risk that you will be penalized should you be tempted to buy them.

This is another reason why there are so many fake reviews floating around on the internet. Okay, this type of review may not be entirely fake. What happens is that a business may find itself on the crosshairs after providing a less than stellar service to a customer.

Negative feedback is, as we are always saying, an inevitable part of the business world. This applies particularly to those that deal with a lot of customers on a daily basis. Where there is interaction with people, there is always going to be some level of dissatisfaction.

We are also always mentioning that negative reviews should not be viewed as a calamity. Instead of panicking, what you need to do is determine their cause. Indeed, negative reviews are something that you can turn into a positive for your business.

They give you an opportunity to introspect and to discover your areas of weakness. Not only that, but they can also be turned into a positive. By reaching out to the affected customer, you can create the kind of rapport that will give them motivation to go back online to change the review. You also ensure that they become a regular for your business by ensuring that all their concerns are taken care of.

Failing to address the concerns that are raised by a dissatisfied customer is usually the reason behind many of the ballistic reviews that are out there.

This is the third reason why you could end up having negative reviews on your profile. Should you have competitors who are motivated enough, they may just go to Yelp, TripAdvisor or Google to leave a scathing review about your business.

If you do not deal with a high number of customers on a daily basis, it will be possible for you to identify fake reviews of this type because you will have full knowledge of who you dealt with on a particular day. However, for businesses that handle very high volumes of customers, identifying a fake reviews of any type tends to be doubly difficult.

What to do when you identify fake reviews 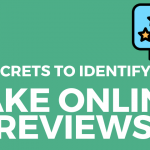 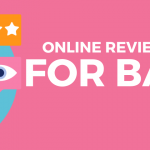