With Google controlling over 90% of the search market across the globe, it is not surprising that most people tend to forget that there are other players out there, as far as online advertising is concerned.  The unbridled truth of the matter is that when it comes to reaching out to your target audience, Google is pretty much the place to be. So, should you ignore Bing Ads when plotting your PPC strategy?

There are other players out there

Bing is a Search Engine that is owned by Microsoft. This fact alone makes Bing a worthwhile proposition. The fact that Microsoft’s Windows can be found on over 80% of the desktop computers that are out there bears testimony to Bing’s potential reach.

Technology website Gizmodo wrote a while back that Bing’s market share is grossly underestimated, as far as search is concerned. Figures released then indicated that Bing actually enjoys 33% of the market share in the United States.

That was higher than the reported 9% global market share that the search engine from Microsoft reportedly enjoyed.

That, in any case, is another of the reasons why you should consider Bing as part of your PPC marketing strategy.

Okay, there may be a big gap between them, but the fact still remains that Bing is actually the world’s second biggest Search Engine after Google, which makes it a worthwhile destination as far as online advertising is concerned.

Indeed, you can hardly afford to ignore Bing and the other Search Engines that are out there, all things being considered.

Google may have the biggest market share when it comes to search, but it is Bing that is growing at the fastest rate. According to data from Statistica, Bing has actually been growing, where Google’s market share has seen a slight slump.

Admittedly, the numbers can fluctuate, but the fact still remains that Bing’s market share has been growing over the years, which is a major reason why you cannot afford to ignore it when formulating your online advertising strategy.

The fact that Bing is smaller than Google tends to be an advantage; you do not really have as much competition when it comes to advertising. That makes Bing ads cheaper than Google ads.

Small to medium sized businesses, in particular, can benefit from the fact that they don’t need to have budgets that are as big as is the case when it comes to advertising on Google.

Google, Bing and other Search Engines use an auction system for advertisers, meaning that your bid will likely not need to be as big on the smaller search engines.

So, how cheaper can Bing Ads be? Well, just consider the fact that the cost per click for Bing averages at $7.99. Compare that to Google AdWords, where the average CPC can be as high as $20.08. What this means is that Bing tends to be at least 70% cheaper than Google.

Why is that the case?

If you are wondering why PPC advertising costs are more at Google than at Bing, the answer is not because Google is trying to squeeze money from you, of course. Well, maybe it is trying to do that, but it has more to do with the fact that the PPC model uses bidding for ad delivery. What this means is that the amount that is spent is going to be dependent on how much people are willing to bid for a particular set of keywords.

And due to the fact that Google is much more popular than Bing, you are always going to end up having to pay more to advertise on Google than on the Bing Network. Simply put, Google is a much more competitive platform, with many people bidding for a slice of the PPC pie.

What some people do not realize is that Bing actually has three search engines. These are Bing, Yahoo and AOL. What this means is that the ads that you set up on Bing actually appear on all three networks. This is another of the major reasons why you should not ignore PPC advertising on Bing. So, that combined market share for Microsoft Sites actually stands at, according to Statistica, 24%. That’s actually very significant, as far as reaching out to potential customers is concerned.

When it comes to CTR, one would actually expect Google to be dominant, but that is hardly the case. In fact, research indicates that Bing has a higher CTR, largely because MSN sites come with a high number of shopping and financial services search verticals, allowing them to reach much more engaged audiences.

Just to quantify what we are talking about here, just consider the fact that Bing gets over 5.4 billion monthly searches. That’s a staggering figure, which, though smaller than Google’s share, cannot really be ignored.

Also consider the fact that the Bing Network gets 136 million unique searches every month, and you will understand why it’s so essential for you not to ignore Bing when drafting your PPC advertising campaign.

The concept driving PPC advertising is more or less the same for every advertising network that’s out there. The same applies when it comes to Google AdWords and Bing Ads. Both of these Search Engines offer pay per click advertising. There are, nevertheless, differences in the ways in which Google and Bing handle PPC advertising. The important thing, however, is that there Bing is a platform that you can hardly afford to ignore when formulating your PPC strategy.

Check out our article on how to increase your CTR for your on refining your online marketing strategy. 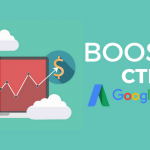 How to Boost your CTR in AdWordsUncategorized

AdWords vs Bing Ads: Which is Better?Uncategorized