AdWords vs Bing Ads: Which is Better?

When it comes to Pay Per Click (PPC) advertising, there can be no doubting the fact that Google AdWords and Bing are some of the biggest names. It’s worth noting, however, that the gap between the two is so big that it can sometimes appear to be a bit unfair to compare AdWords with Bing. Just consider the fact that Google controls about 75% of the Search Market, and you will understand what we are talking about here. So, how do AdWords and Bing compare and what are the advantages and disadvantages that accrue from choosing one over the other?

One of the things we need to note is that Bing and AdWords are pretty similar, when it comes to the delivery of ads. How it works is that the two companies determine the ad that is shown, whenever someone carries out a search query, based on your bid and your keyword quality score.

Cost is, perhaps not surprisingly, the biggest consideration when it comes to PPC advertising. That is particularly the case for small to medium sized businesses, which may not have as much as their larger counterparts in terms of financial muscle.

So, how does Pay-Per-Click advertising work? PPC advertising, in both Bing and Google, works by having you pay to have your ads shown alongside organic search results. You do this by providing a budget of the amount that you wish to spend during your campaign.

When people click on the ads that you have created, an amount, which is based on the prevailing CPC (Cost Per Click), is deducted from your budget. Google and Bing stop running your ads as soon as your budget has been depleted.

So, which company costs more when it comes to CPC advertising? The fact that Google has a large share of the market should itself serve as pointer. There are going to be a lot more people bidding for the keywords that you are after, making AdWords a lot more expensive that Bing. In fact, advertising on Bing can be up to 35% cheaper than advertising on Google’s AdWords.

PPC advertising is, without doubt, all about getting clicks. That is the reason why it is so important to compare Bing and AdWords’ Click-Through-Rates. Which company fares better, when it comes to getting that all important click from the prospect?

Here is something that may surprise you. In-spite of the fact that it is several times bigger than Bing, Google actually has a lower Click-Through-Rate. Indeed, research indicates that the CTR for Bing can be up to 34% higher than is the case with AdWords.

The whole purpose of carrying out a paid search campaign is to generate leads that can be turned into conversions. Your success in this regard is, of course, going to depend on a number of factors, including the industry in which you operate and the seasonality of demand for the goods or services that you offer.

So, what’s the average conversion rate for Google and Bing ads? Well, according to research that was carried out by Search Engine Watch, AdWords has a lower conversion rate than Bing.

In fact, the conversion rates for Bing and AdWords stand at 8.78% and 5.96% respectively. That is another reason why we are always encouraging people to seriously consider Bing when formulating their PPC strategies. Though Google rules the roost, Bing is very much a force to be reckoned with, as far as the generation of leads and conversions is concerned.

Audience quality is another metric that you should seriously take into consideration when it comes to PPC advertising. One of the things that we need to say is that both Bing and Google have great audience qualities.

You do, however, need to take note of the fine print before embarking on your campaign. Both Google and Bing come with search partners whose audience qualities may not be that great.

You can, however, choose to have your ads not shown on the partner sites, such as duckduckgo.com (for Bing). One of the things that we have noted, however, is that Bing offers greater control when it comes to Search partner targeting than AdWords.

This is another thing that you need to take into consideration when choosing between AdWords (soon to be Google Ads) and Bing. If you are targeting people who are between 35 and 54, then Bing would be your best bet. That’s because that age group forms about 44% of the people who use Bing.

The user base for Google tends to be a lot younger, which makes it a viable proposition for those that are looking to target prospects that fall into this demographic group.

So, whether or not you are going to end up going with Bing, AdWords or both is going to be dependent on the nature of your business and the people to whom you wish to reach out with your ads.

The one fact that we have been constantly repeating throughout this writeup is the fact that AdWords is a much bigger platform when it comes to PPC advertising. That’s hardly surprising, considering that Google commands such a large chunk of the Search Market.

One of the major differences between Bing and AdWords emerges when comparing the available competition. Should you decide to advertise on Google, you know even before setting out that you are going to face a high level of competition.

Bing, on the other hand, has less competition, particularly for small businesses. This comes with a number of advantages, including the issue of CPC that we have already noted. You also get better ad positions, which leads to a higher conversion rate. 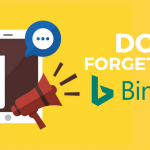 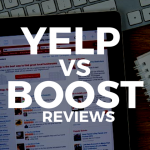